I just started cracking the black walnuts I gathered this fall. I could have probably started well over a month ago, but just now got around to it. Black Walnuts ( Juglans nigra) are a common tree in the midwest, especially further south. In fact, Here in Wisconsin, we are about at their northernmost extent. What is pretty common across their range is that they aren't that widely grown in nut plantations, but rather are a part of the natural forest makeup or have been planted individually or in timber farms for their prized wood.

One company, Hammons, has ended up with a near monopoly on processing and marketing wild black walnuts by paying foragers to gather and sell at their hulling stations, set up around the midwest. Turns out there are a lot of people looking for a little extra cash, so they hand harvest  around 20 million pound ( 9 million kg ) each year. This is a unique business model for the United States, where nearly everything we eat is a product of the monocultured industrial food system. If you are eating black walnuts, you are eating wild food.

But the foragers can't get to all the trees, and many trees aren't near a hulling station, so scads of trees are left for someone to harvest. There are also many towns and suburbs where large old walnut trees are producing nice crops each year, but few seem to utilize this free food.

Two reasons- first, they are one tough nut to crack. They are much harder to crack than the English, or Persian walnut most people are familiar with and buy at the grocery store. The husks are a bit messy to deal with also.

Here is the cracker I started using after I realized that a hammer was slow, wasteful and stupid. It works ok, but the larger nuts are right on the edge of what it can handle. I'll be looking for a stronger one. 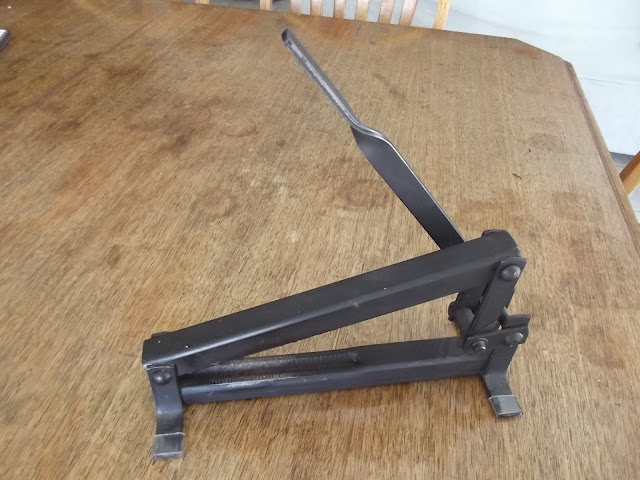 Second-  they have a stronger flavor ( some might say better) compared to the English nut,  so some are put off at first, and never give them a chance. They are used commercially in confections, baking, and even ice cream, but not nearly to the extent of English walnuts. I personally think they pair very well with chocolate, so when I make brownies or chocolate chip cookies, they are my first choice. I also use them in the granola I make.

And, I suppose, many just don't want to go to the effort at all, since you can buy nice bagged, shelled nuts at the store! End result is there are a lot of walnut trees producing nuts every year that are unharvested or unwanted. I've actually seen Facebook posts where requests are made for anyone to come gather the nuts so the homeowner won't have to.

My haul from the trees I was able to locate nearby this past fall. That is a lot of hand cracking to do sitting there. 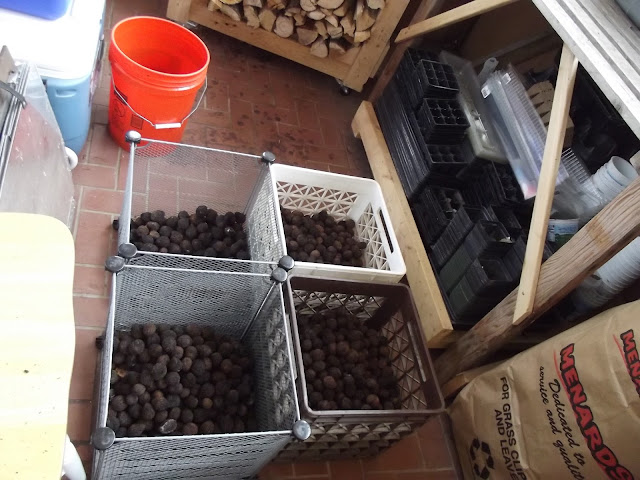 After I first realized and started watching for unwanted walnuts, I started seeing them all over. And when we moved here in 2014, I had to start scoping out the area for more trees, and soon found that there are some experienced foragers in the area, with their prized trees they have "claimed". There are still enough unspoken for, so I was able to find a good number this fall, but hope to scout out and gather even more next year.