top down or bottom up

In responding to the unfolding environmental crisis, I am torn about what the best personal and societal response(s) should be. Sure seems like we are in new territory, there are so many variables in flux, with human hierarchies and psychology making it murky as to what are realistic options.

Top down solutions are not likely to be forthcoming, and bottom up change needs a great amount of anger before it explodes, and the results might not be optimal or as intended. Our collective brain wiring doesn't respond well to the diffuse, long term threat we have created.

It's an ongoing internal debate on how to proceed.

For me, the choice is how much effort to spend on either personal, local change, or to put myself out there and advocate for wider, systemic change. One is direct and at least partly achievable, but the other is more daunting, and seems less likely to be of any significant impact, seeing how things are trending.

One can advocate by being an example, but sharing your example to more than the neighbors turns in to public advocacy.

I recently read about the Christian dilemma which has a similar fork in the road to consider. Prolific writer Rod Dreher, has written a book and blogs a lot about the concept he calls "The Benedict Option". The concept is a bit tricky to grasp in terms of religion, but the base question it tries to answer, is how to respond to a world that is going in a direction that you feel is wrong? Do you hole up in a monastery, or redouble efforts to advocate/evangelize for your faith?

So the analogous situation for those who are  to the attuned to our unfolding environmental crisis is how to act? Should one hole up in a bug out getaway, eating foraged foods and going off grid, or joining forces and taking to the streets to demand the oligarchical political system change and react rationally?

Many options between those two poles exist, and as Chris has shared, some sort of split, parallel  effort could be managed by some.

So is there a way to describe a sort of Benedict Option for environmentalists? Some way to be in the world but not of it, to borrow biblical phrasing. This is a sort of middle path, though how it could be lived out would vary considerably, depending on ones situation and personality. 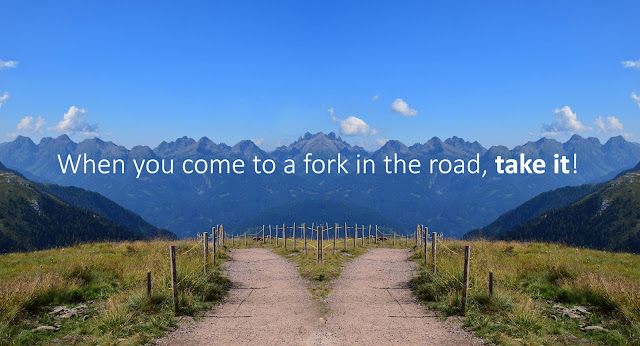 As I've mentioned before, for now, I plant trees.

And one more thought.. Are we truly at this epochal a turn, or does it always feel thus for people getting rushed along in the tumult and torrent of history?