Well, I just today did my first Craig's List purchase. My kids are embarrassed but accepting of my backward "technophobe" behavior, and I still haven't bought anything through ebay, but this item was too intriguing to pass up.

I have been researching manual threshing, winnowing, and there are not a lot of recent or current developments available. There are one or two gems shared on youtube, and lots of klutzy half hearted gadgets, but no commercial options, or detailed plans. There are a few commercially available "desktop" electrically powered seed cleaners out there, but they are pretty expensive. Of course India and China are teaming with businesses that would appear to be cranking out small scale agricultural equipment, but how does one get more detail than a fuzzy image on the screen or find a local distributor?

So I bought a fanning mill. It is in fairly good shape, and I see what needs repair, and feel confident I can make the fixes.

We are currently growing dry beans for soups, and have been hand threshing, shelling and winnowing. We have the time, and it's not that bad to sit and shell pods for a while each evening, but as we begin to do more and more food preservation and start growing small grains, our time will need to become more efficient.

The one I bought was made by Johnson and Fields, a fairly prominent brand at the time. The model was named the "Racine". The history has been hard for me to track down so far, but apparently Racine Wisconsin was a hotbed for fanning mill manufacturers, so Racine almost became a generic term for this general style of mill. At one time, there were scores of fanning mill makers, and thousands were sold every year for about 40-60 years.

The history of fanning mills here in the states is interesting for a few reasons. They were first invented in the late 1700's, and as the fertile midwest and great plains expansion happened in the 1800's, there were thousands of small farms needing more efficient ways to process small grains for seed and for market. Going from flails and winnowing baskets to fanning mills was a big step, but once steam powered threshers started coming into agriculture, these fanning mills got tucked away in the barn, or left outside, nearly all to eventually rot and disappear. Seed cleaning is now nearly all done by commercial grain elevators, but there are still a few farmers out there, especially in the upper midwest grain belt that clean seed using electrical powered modern equipment.


Here is the fanning  mill. You can see the overall shape and size here. 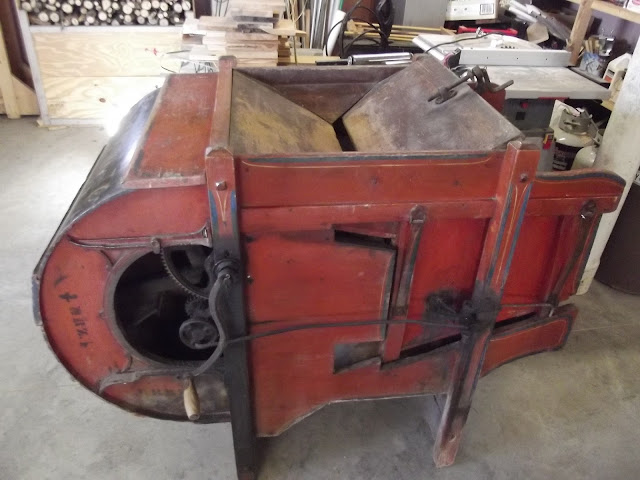 Here is a closeup of the hand crank, gearing, and the fan blades inside the housing. I plan to change from hand crank to pedal power. The bushing where the crank mounts through the wooden support leg is wallowed out, so I need to fix that. 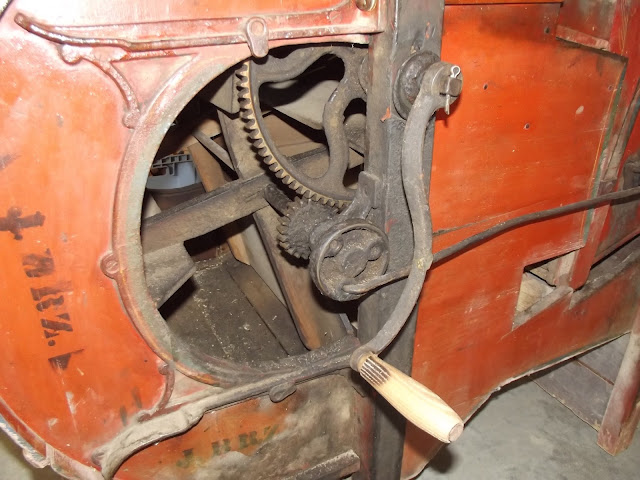 Here are the screens and the exit point for chaff. I've pulled out the screens for repair and to get dimensions so I can order screen with various sized holes/mesh. 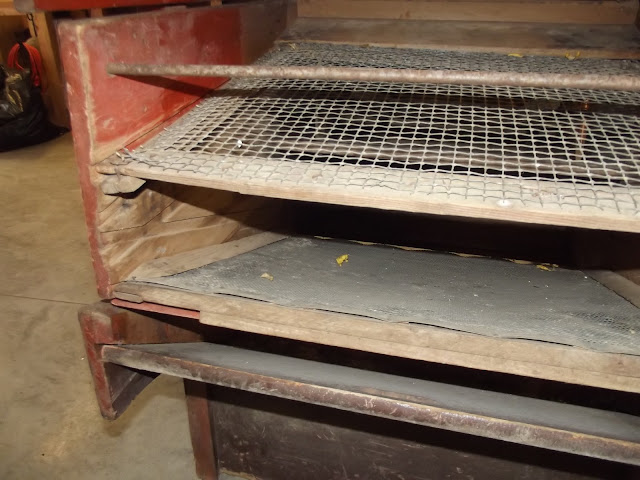 A view of the fan housing from the other side. The fan axle is steel, all the other fan components are wood. 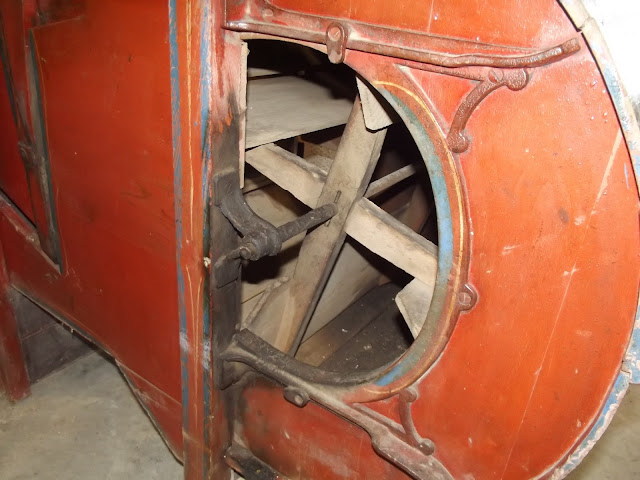 Here is the feed hopper. A screw adjustment allows setting flow rate to optimize speed without overloading the screens. 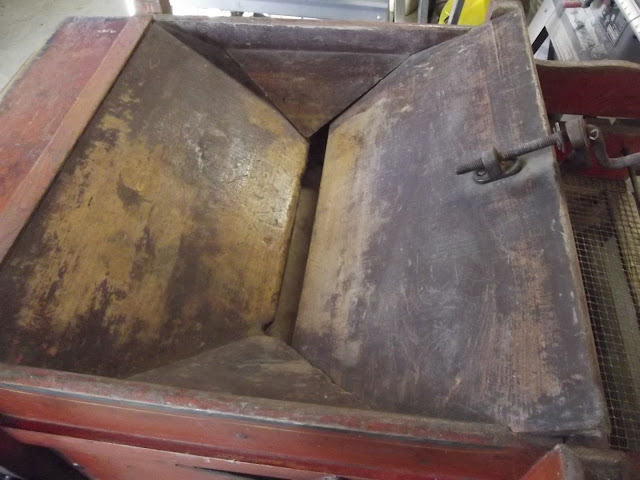 I will do another post in the future to update with repairs made and our first winnowing trials. Maybe next spring I'll plant what Gene Lodgsdon called a "pancake patch". Just enough wheat to make flour for pancakes on occasion.