The chicks we started on May 1 are now over seven weeks old, and are no longer chicks at all. It had been a long time since I had tended livestock as a kid on the farm, so it's with renewed amazement that I see how quickly they grow. I partitioned off a part of our new barn for the coop, and then built this permanent run outside. We used cattle panels and chicken wire, as well as buried hardware cloth to discourage predators from digging under the fence. We will still shut them in at night in the varmint tight coop.

Next chicken project is to set up a mobile coop/roost and electronet to get them out in the rest of the pasture. I'm also building our own little abattoir, as we will do our own butchering.

This photo shows the sun shade I fashioned out of an old tarp canopy we have held on to forever, and are finally getting some use out of. I think the last time it was used was when the kids were in scouts. 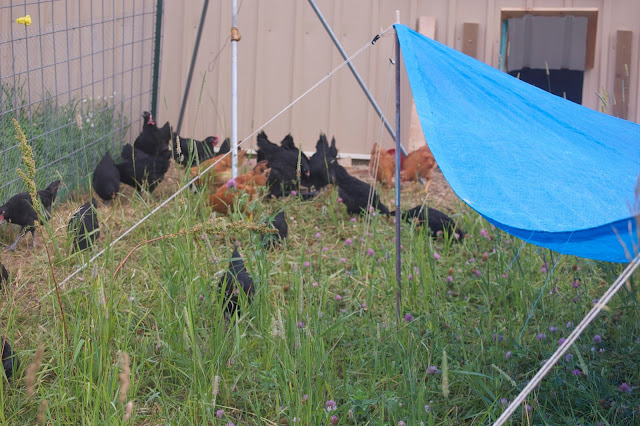 Closer shot of the Black Australorps. The difference between roosters and hens is quite clear now. The other marked difference is between the Australorps and the New Hampshire Reds. While both were described as good breeds for foraging and free ranging, the Australorps are MUCH more confident and ready to explore, eat various tidbits, and just seem more alert and quick to react to their environment. On the other hand, the Reds are growing quicker. 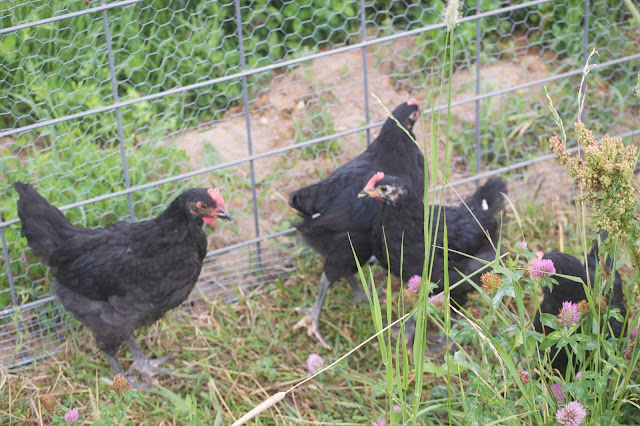 This shot shows the hole I hacked in our new barn. I'm still working on a better latch/door mechanism. 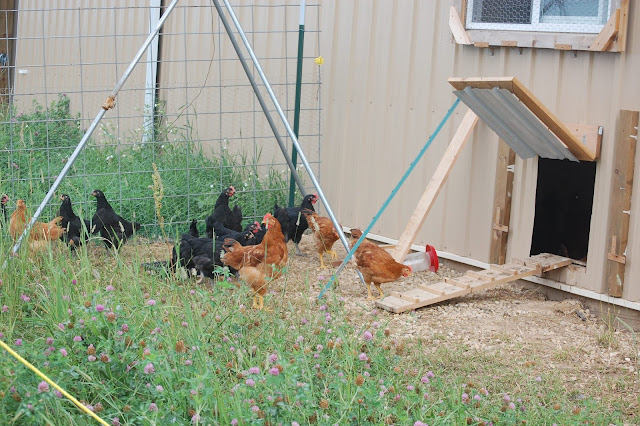 In hopefully another month or two, we'll be sending most of the roosters to "freezer camp", and then just waiting for the hens to start laying. Since it will  be late fall by the time they should start, I will need to set up some lighting on a timer to encourage laying as the days get shorter.