So, the 2014 garden seed order was even bigger than I had suspected. Oh, and I guess we ARE doing sweet potatoes this year. Need to read up on that. We will be expanding the garden area considerably, squeezing in new sections as close to the house as possible, and as flat as possible. After looking at the list, I went to the store to buy more lights. Bought more starter trays also. (Some were wearing out anyway, going on their fourth year) A lot of plants need to be started indoors both to save money and to fit in the growing season. (We are zone 4B in the new USDA hardiness numbering system).

So here is the new set up in my workroom. This is just the ones I could fit in the photo, there are more behind me. 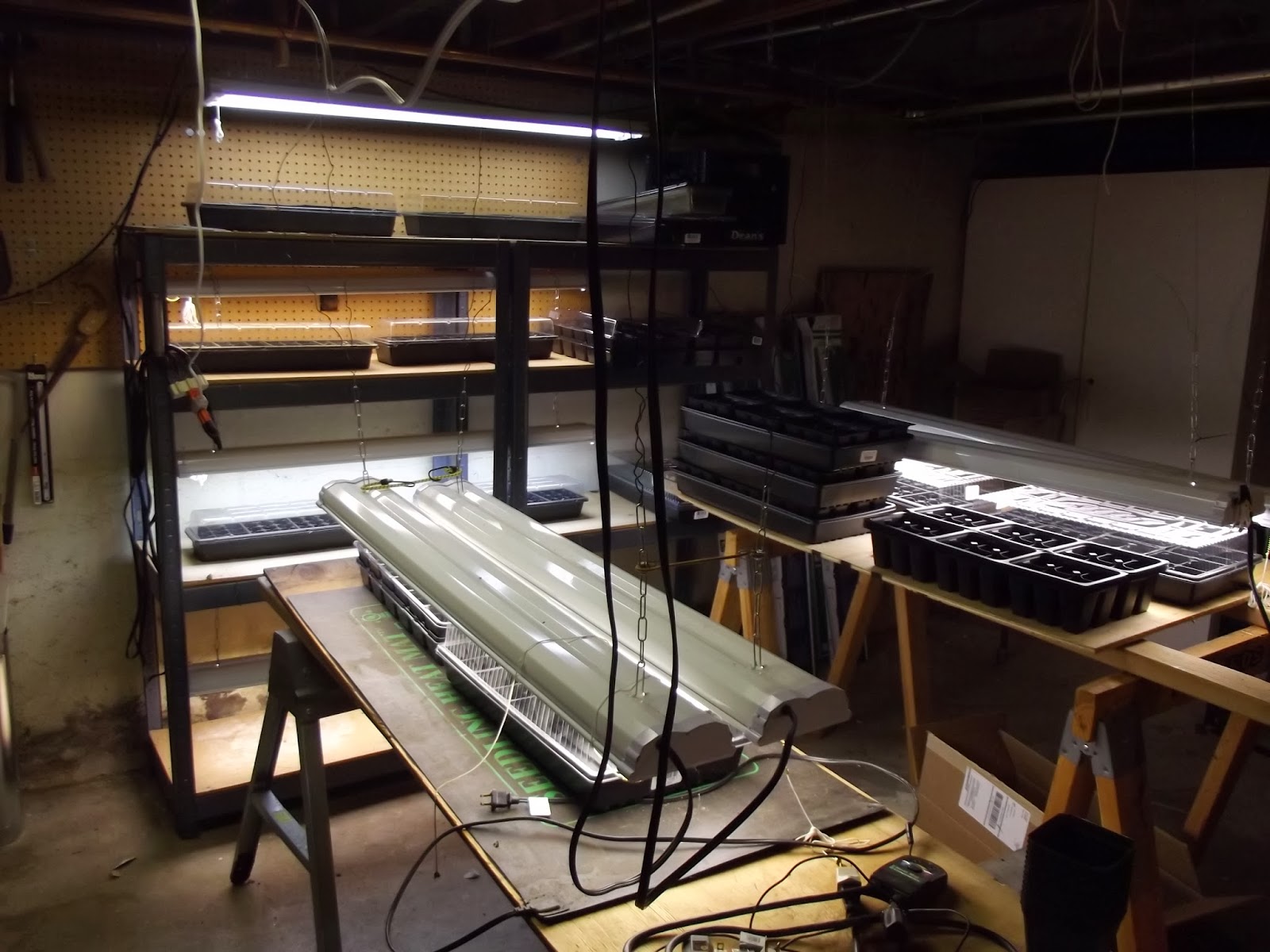 .
Nothing in the trays yet, just had some set out to get the light adjustment close. Onions will be the first we plant, since we are starting from seeds, and then some cool weather stuff like broccoli. Other new crops this year- collards and flint corn for making our own corn meal.

Tomatoes ( 100 plants!!) will start around mid April, since our 90% confidence last frost date is like May 26. We will be putting up more deer/rabbit fence also, so we want more of the veggies for US. Each year, we plan to grow more and more of our own food, and preserve more also. Any ideas for what to do with all the once used canning lids? We are trying Tattler, but aren't sold on them yet. Have had a higher incidence of non sealing, they seem to be touchier about getting the ring tightened just right during canning.


Posted by Steve Carrow at 7:36 AM No comments: